Spelt is a nutty-tasting pasta, which is higher in protein than it’s regular “white” pasta friend.  It is important to note that people who are allergic to wheat (like myself) should be aware that spelt is closely related to wheat.  A 2 ounce portion of Spelt has as much protein as an ounce of meat along with the amount of beneficial fiber as a bowl of oatmeal.  This pasta fairs well with strongly flavored sauces such as garlic and olive oil.

Even though these pretty pastas look and taste delish, they do not hold any nutritional advantage over plain pasta mainly because very little vegetable (such as spinach or artichokes) is added.  Therefore, if you’re looking for a nutritional powerhouse pasta, these are not going to be an option.   Check out the other pastas noted in this post for a nutritional boost.

Asian noodles are incredibly versatile for cooking since they come in various thicknesses and varieties.  These noodles can be found in the form of the grain they’re made from: rice, wheat, or buckwheat.  Each grain has it’s own distinct flavor and taste.  Although rice, cellophane and somen noodles contain very little fiber, a 2 ounce portion of soba noodles contains more fiber than a slice of whole grain bread.    I prefer Asian noodles in soups, stir frys, and dishes made with peanut sauces and soy based sauces.

Whole wheat pastas are nutritional powerhouses and are loaded with much more fiber than their “white” pasta friends.  The chewy texture, darker brown color and strong wheat flavor may take a few tries to adjust to your palate.  Just a 2 ounce serving of this pasta has an egg’s worth of protein and the fiber equivalent of a small banana.  Whole wheat pastas fair well with strong ingredients such as garlic and pesto.

A light, nutty flavor and light brown color makes this a favorite to many of our palates.  Since it is made from brown rice, this is a wonderful alternative for those of us with allergies to wheat or gluten (the protein found in wheat).  Avoid overcooking brown rice because the texture can become quite mushy.  A 2 ounce portion has as much fiber as a small apple.  Brown rice fairs well with soups and chunky sauces.

Quinoa pasta is made from a nutrient-rich grain that is loaded with protein and lower in carbohydrates than most grains.  Quinoa closely resembles pasta so it is easy to serve to children and those of us who are picky about making the transition from regular pasta.  Quinoa contains a complete protein similar to that found in eggs and meat.  This pasta has a buttery and mild taste and can pair well with any type of sauce.

Corn pasta looks and tastes like corn, however, when purchasing be sure to look for brands made with more corn-meal than corn flour if you want to reap the high-fiber benefits.  A single serving can contain more fiber than 2 slices of whole wheat bread.  Corn pastas have a mushy texture so it pairs well with chunky, veggie-based sauces.

Have you tried any of these alternative pastas?  Which pasta alternative taste do you prefer?

This site uses Akismet to reduce spam. Learn how your comment data is processed. 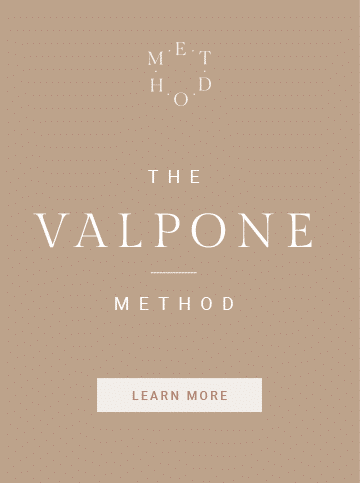 Mind Body : Unraveling // Defining Trauma & How... READ MORE
We use cookies to provide you with a better experience and optimize our marketing and social media. By continuing to use this website, you agree to the use of cookies in accordance with our Privacy Policy.AgreeNo